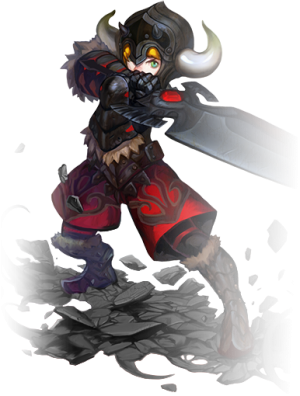 Gender: Male
"Swordsmen specialize in the use of greatswords and can create long chains of combos that do massive damage. As Swordsmen continue to rise in level, they can further specialize their abilities, choosing to focus on doing massive damage to a single opponent or less damage to many opponents at once."

In PvP Swordsmen are fast attackers with better damage output than other melee classes, powerful juggling ability and a wide variety of long-ranged wave attacks (some of which out-range the ranged classes including the Sharpshooter). Their balanced combination of Super Armor, invulnerability frames, and counters presents a challenge for all but the most skilled player to deal with. 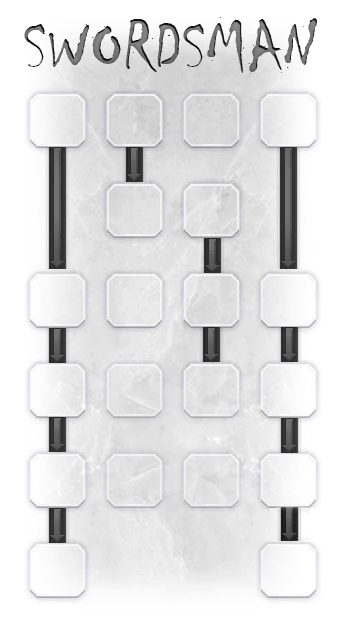 Gladiator
Focusing on closed range combat, a Gladiator focuses on the its ability to fight close. A Gladiator has increased ability to cancel skills and juggling enemies.

At level 44, go to Gerrant the Poochum in Liverwort Marina and start your class change quest. You will then talk to Pedro in Lotus Marsh and start some dungeon runs. These runs are located at (in chronological order), East Armory and Ruined Village.

Once reaching level 45, go to Gerrant's Sword in Liverwort Marina and start the Final Test. Here, you will be able to test both 3rd job skills on a shadow Swordsman. Once done, go back to Pedro and select the desired class.