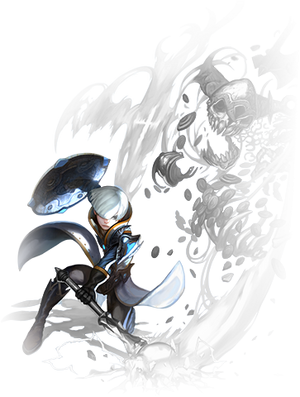 "Unlike Paladins, Priests have larger mana pools and more attack spells at their disposal. That means they can serve as a secondary damage dealer in a party. Their most effective role though, is as a healer. A good Priest in a party keeping everybody alive is often the difference between life and death in a dungeon."

Priests are a rare breed. They thoroughly enjoy giving and receiving first blood. This can be attributed to the massive amounts of muscle that every cleric has from lifting in the showers. A usual priest will spend about 7 hours in a party providing support; however, most of the time they will be showering or lifting as those are their only two spells. Spells may be used in conjunction.

In PVP, Priests specialize in keeping opponents at bay and revitalizing allies to prolong an encounter, so they can be frustrating to face in single combat. They have a much harder time sealing a victory as they are severely hampered if separated from their Relics (or the Relics are destroyed) while their skills are cooling down, limiting their field of movement. However, this also means that opponents are forced to engage them in favorable surroundings once they get any sort of HP advantage. 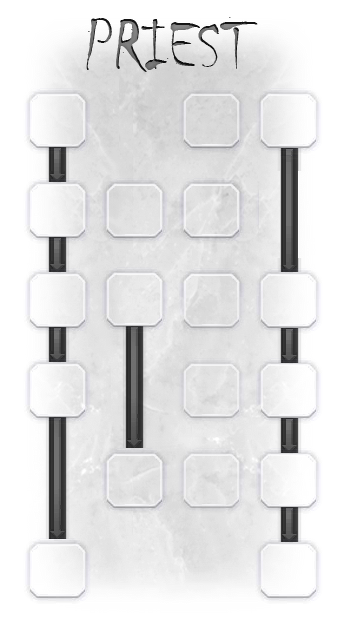 Focusing on their lightning based attacks, an Inquisitor attacks with more ferocious power.

A Saint focuses on it's role to aid and heal allies, giving them enhanced abilities to do so. The Saint also improves on relic usage.

At level 45, go to your corresponding Skill Trainer in Lotus Marsh and start your class change quest.