The Daredevil Faire (also known as the Carnival or Wonderful Theme Park) is located in a portal at Carderock Pass to the west of Kevin or in Saint's Haven. In it, you may participate in activities outside of dungeons which require no empowerment. 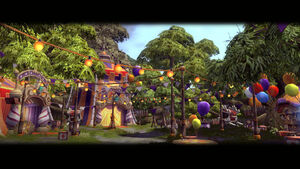 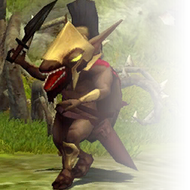 "300 tough Gobarta Goblins are headed to Ghormopylae! Fight against them if you have the courage!"

Level Requirement: Level 10 ~ 31
Party Limit: 1
Weekly Limit: 7
In this stage, you must defeat 300 Gobarta Goblins and then fight the goblin boss, Goblinidas. A mob of 30 goblins is spawned in the beginning with more goblins spawning to replace fallen ones. Monsters may occasionally drop food on the floor such as Tasty Meat, to replenish health and/or mana.
Daredevil Prize Tickets (Carderock): 6May vary? 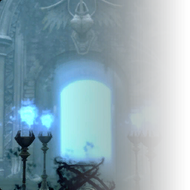 "An ancient Treasure Storage lies somewhere inside the Silent Cloister. You'll battle the monsters in order the treasures hidden inside. No risk! No return!! Challenge yourself today!!" 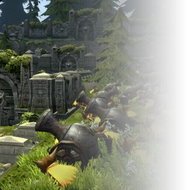 "Life is a rough road that you must travel alone. Make it through the Rough Road full of various traps within 4 minutes. Your suffering will yield much fruit."

Level Requirement: Level 10 ~ 40
Party Limit: 4
In this, players equip a mount and race around a track. During the race, you will come across carrots which may increase or decrease your mount's speed temporarily- the effect that occurs is random. At the end of the race, depending on how you placed, you will receive a Daredevil Derby Box that you may open for items, and everyone will get 10 Daredevil Prize Tickets. 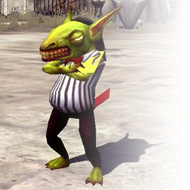 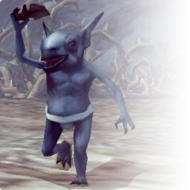 "Yesterday's friend is today's enemy! That is the charm of life! This time, fight along side 500 Gobersian Goblins to defeat Gobxes." 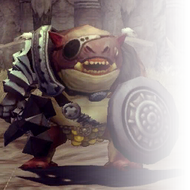 These dungeons are open only during a seasonal event.

"Head to the Daredevil Faire to conquer the newest stage and add even more gifts to your enormous pile! Enter Santa Orc’s Escape Path and take out Dunce Cap Goblins, Roochumdorfs, and the elusive impostor Santa Orc to take back the stolen Santa Orc’s Gift Pouches."

Upon finishing a stage, you will be rewarded with a number of Daredevil Prize Tickets depending on your performance. These may be traded to either Magician Frederick, located in Carderock Pass, or Magician Sanders, located in Saint's Haven at the Daredevil Faire for Lustres, Gifts and pouches containing lustres or gifts.