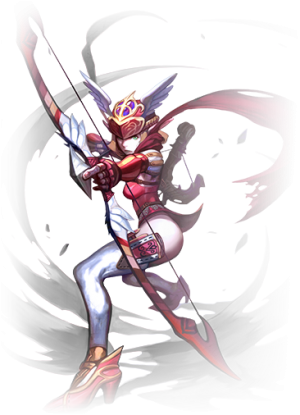 "Sharpshooters specialize in the use of bows at the expense of their acrobatic skills and melee attacks. As such, they tend to be very vulnerable when up close with an opponent. At range though, there is no class in the game who can do as much damage as a well-played Sharpshooter."

Sharpshooters are considered one of the premier damage dealing classes (with the Elementalist and the Mystic) as they have incredible burst damage and knockback ability. Unfortunately, in PVP they are vulnerable if they cannot draw a bead on their opponent(s) due to their lack of escape skills and the relatively short combat range in the game.

Specializing in the art of magic, Wardens possesses the ability to deal extremely high magic damage to enemies unfortunate enough to be caught in her storm of arrows. Wardens' skills generally do very high damage, but all tend to have a drawback, making Warden a very hard class to use well. However, if played correctly in a hands of a skilled individual, Wardens are capable of dealing extremely high damage.

Specializing in shooting powerful arrows, Sniper prefers to snipe targets from afar. Armed with an arsenal of very powerful long range arrow attacks, Sniper is capable of wrecking havoc on groups of enemies with minimum retaliation. Overall, Sniper's skills are very powerful, but slow to use. Almost all Sniper's skills are best used against far away enemies, so Sniper is most suitable to be kept at the back of the party to deal maximum damage and avoid getting hurt.

At level 45, go to your corresponding Skill Trainer in Lotus Marsh and start your class change quest.